Data Voice and Video is a Enterprise Networking

Enterprises continue to plan and evaluate the convergence of corporate communications over the IP infrastructure. IT organizations (ITOs) must pay close attention to the readiness of the underlying network infrastructure to ensure the highest level of availability and best possible end-user experience.

Texting - the act of sending short, alphanumeric communications between cellphones, pagers or other hand-held devices, as implemented by a wireless carrier.
Web surfing - exploring a sequence of web sites in a random, unplanned way, or simply using the web to look for something in a questing way.
Voice over IP (VoIP) - the transmission of voice and multimedia content over Internet Protocol (IP) networks.
Streaming media - video or audio content sent in compressed form over the Internet and played immediately, rather than being saved to the hard drive.
Videoconference applications - a live, visual connection between two or more people residing in separate locations for the purpose of communication.
Online gaming - the running of specialized applications known as electronic games or video games on game consoles like X-box and Playstation or on personal computers.
E-commerce - the buying and selling of goods and services, or the transmitting of funds or data, over an electronic network, primarily the internet.

Over time, it has become clear that effective network convergence lies in the design, installation and maintenance of adequate hardware and software. Companies began to plan to have enough bandwidth to support all the devices and services that would access their converged network, and redundancy was built into the network to ensure that mission-critical applications continued to operate during any kind of failure.

When malicious attacks occurred on siloed networks, attackers could only access whatever data was on the particular network they broke into; telecommunications, closed-circuit TV and PCs ran on different networks, so attackers could access only one resource at a time. Once all those resources used the same infrastructure, an attacker could access all of them through a single access point.

Originally, the top concern was eavesdropping, or the unauthorized interception of VoIP, messaging other traffic. UC endpoints, whether desktops, laptops, or IP phones, all connect to the data network, and can be tapped by compromising the network anywhere along the data route.

IP telecommunications providers around the world lose hundreds of millions of dollars annually due to stolen services through toll fraud. Converged voice and video traffic typically uses the Session Initiation Protocol (SIP) to control calls, but the actual media stream for a call is separate from that control stream. It is possible, therefore, to use SIP to spoof the call manager about what kind of call it is controlling. For example, the perpetrator might tell the call manager that a call will be voice-only, but then stream high-definition video instead, essentially defrauding the system owner of the higher revenues for the video traffic.

Vishing, the VoIP-enabled form of phishing, is another security concern around network convergence. By applying the basic techniques of phishing to a new toolset, vishers use spoofed Caller ID or other call information to suggest that they are calling in an official capacity and get recipients to reveal confidential information over the phone.


Denial of service (DoS) was an attack vector that had new applications in the converged network world. While it was virtually unknown with traditional telephony, today's attacker can aim to disrupt the communications infrastructure at the desktop level by swamping or crashing phones -- or at the gateway level by taking out the network nodes that interface an enterprise VoIP installation with the outside world. They can also attack call managers directly by using SIP or other protocols to crash the manager with an endless flood of valid, but dishonest session requests. 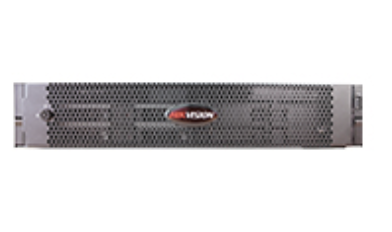 IP CCTV is one of the Data, Voice and Video Convergence technologies, Previously CCTV used Analog technology and could only be monitored On Line via a DVR (Digital Video Recorder), but with the extraordinary development of Multi Media technology, Analog CCTV can be developed using IP CCTV and this has resulted in many changes: 1. Using 1 type of Infrastructure, namely Fiber Optic or UTP, 2. Using the IP protocol so that monitoring can be done per IP, 3. With the use of IP, the development of CCTV is unlimited. 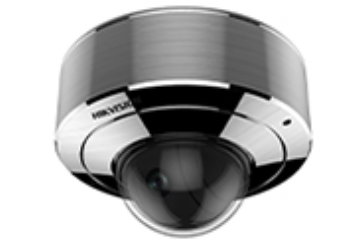 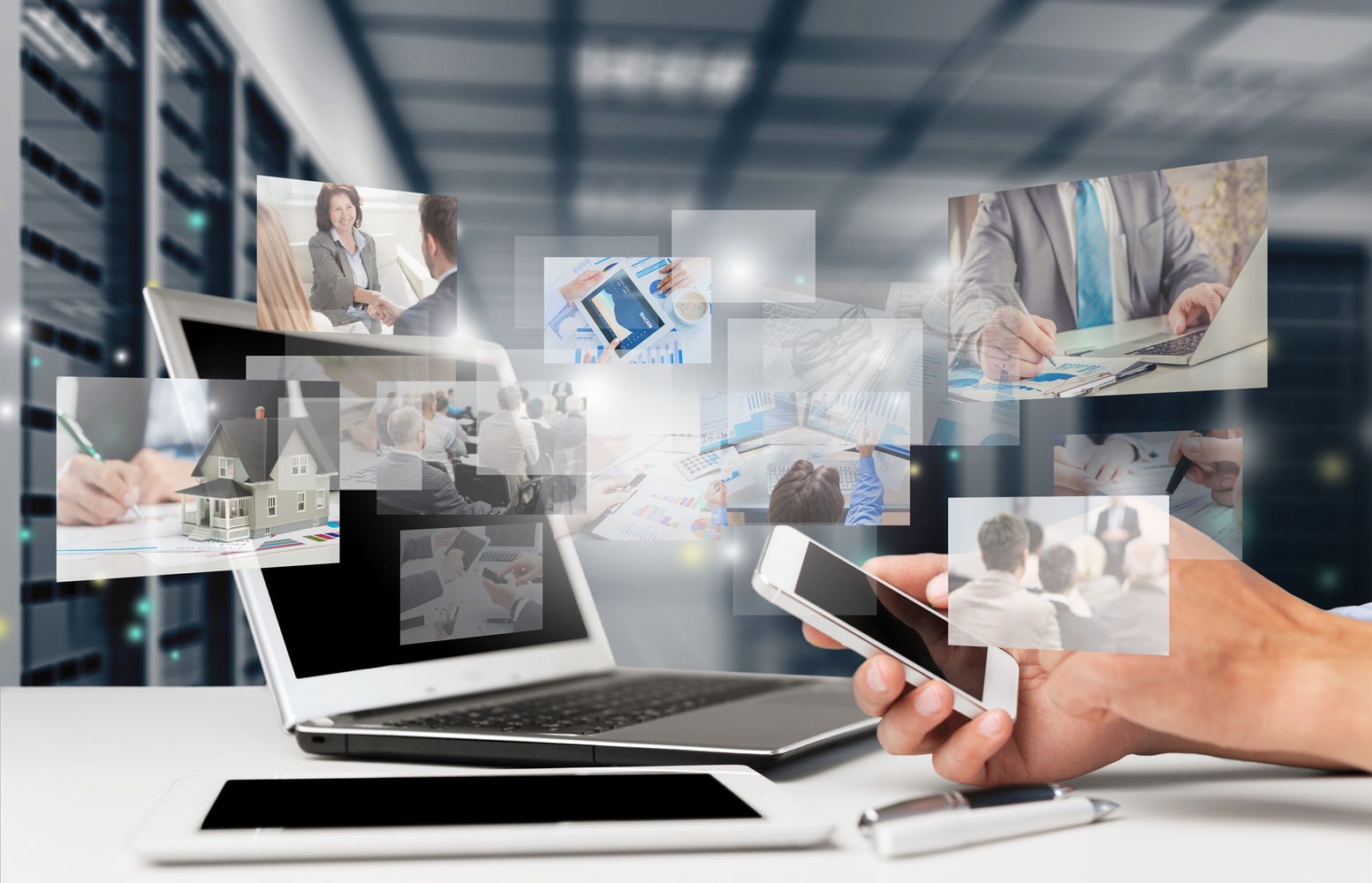 nternet Protocol Television (IPTV) uses the internet to deliver TV services, rather than through antennas, satellite dishes, or cable. Instead of being limited to programs that are broadcast live, most IPTV services offer on-demand viewing: you simply pick what you'd like to watch, and stream it straight to your TV or compatible device.

Traditional IPTV is available only through specific providers, or relies on hardware like a set-top box. For example, Fetch TV requires you to buy a branded set-top box to get their service onto your big screen.

The newer, and most popular model available is on-demand streaming. For those unfamiliar, streaming uses the internet to distribute content, via a website or app. These type of services - which include on-demand streaming platforms like Netflix and Stan - can be accessed through your computer, on smart TVs, through phones and tablets, or by using streaming devices like Google Chromecast or many  IP Decoder TV 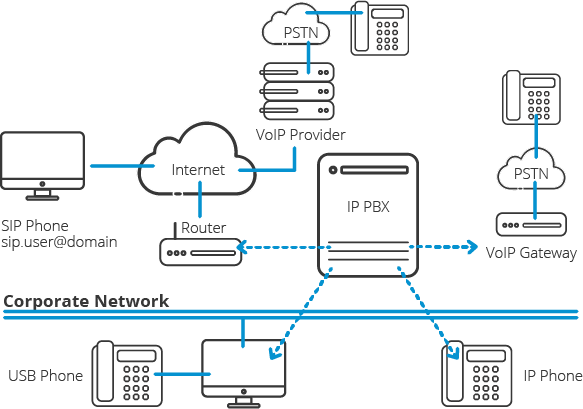 The terms IP PBX and VoIP phone system are often used interchangeably to describe a business phone system that uses internet protocol (IP) to transmit voice. VoIP therefore simply stands for voice over internet protocol. The switchboard element of your private phone system is the PBX, which stands for private branch exchange.An IP PBX system, is the central component of most modern VoIP phone systems. These systems consist of the IP PBX server, VoIP Phones, and optionally, a VoIP Gateway. The IP PBX server is similar to a proxy server. SIP clients, (either soft phones or hardware-based phones), register with the server, and when they wish to make phone calls they ask the IP PBX to establish the connection.IP PBXs have a directory of all phones/users and their corresponding SIP address. This enables them to connect an internal call or route an external call via either a VoIP gateway or a VoIP service provider to the desired destination. 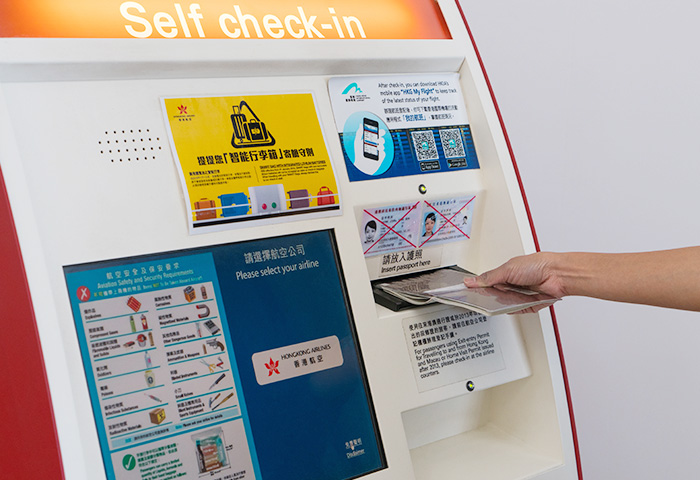 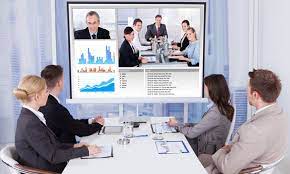 If you are thinking for an Audio and Video Conferencing Solution, you must ensure it can handle the demands of the current and remote workforce. The system needs to offer quality communication to enhance your working relationships with both your employees and customers alike.

Audio conferencing is where at least two individuals in various locations use technology like a conference bridge to hold an audio call. Audio conferencing is not quite the same as a traditional phone in that all participants dial into a central system that connects them rather than directly dialling each other. It aims at accomplishing communications and collaboration at the same time. Many audio conferencing products may accompany online collaboration elements (similar to screen-sharing capabilities), to additionally enhance the value of audio meetings.

Video Conferencing, When at least two individuals utilize digital platforms to communicate and collaborate with each other in order to accomplish a common goal adequately then it is known as a video conferencing .A unified and simple video conferencing solution which not just makes communication easy…Yet, it additionally lower the chances of having too many overlapping applications, simplifies troubleshooting and maintenance and saves everyone time and energy by lowering training needs.

Streaming devices
There are a number of streaming devices available, each with their own unique features. Whether you want a hands-free option, ample internal storage, something affordable and/or 4K accessibility, there’s a streaming device for you. Search for reviews by reputable companies and consider alternate options such as a gaming console or a set-top box from your TV provider.

The technology of transmitting audio and video files in a continuous flow over a wired or wireless internet connection.What is streaming? Streaming refers to any media content – live or recorded – delivered to computers and mobile devices via the internet and played back in real time. Podcasts, webcasts, movies, TV shows and music videos are common forms of streaming content.

Music, video and other types of media files are prearranged and transmitted in sequential packets of data so they can be streamed instantaneously. And unlike traditional downloads that are stored on your device, media files are automatically deleted once you play them.All you need to stream is a reliable and fast high speed internet connection, access or subscription to a streaming service or app, and a compatible device. See speed recommendations below.

What is live streaming? Live streaming is the broadcast of an event over the internet as it happens. Awards shows, sports, boxing matches, video games and special one-time events are the most popular types of live streaming with an ever-growing menu of topics. Social media platforms and others broadcast everything from celebrity events, promotions and lifestreaming to streaming between users. You can live stream on any compatible smartphone, tablet, TV, computer or gaming console with a relatively fast internet connection.